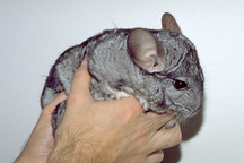 Chinchillas can make fun, enjoyable pets. The chinchilla is a rodent closely related to the guinea pig. They originate in South America where they live in the Andes Mountains. In addition to their popularity as pets, they are also raised commercially for their soft, luxurious pelts. Their average life span is about 10 years (9 - 15). Chinchillas weight between 400 and 600 grams with the females being slightly larger than the males. They are nocturnal animals and are often more active at night, preferring to sleep during the day. They do not hibernate.

"The first veterinary visit can help prevent well-intentioned owners from doing the wrong thing and ultimately contributing to the pet's early death."

They are a quiet, shy animal that rarely bites. They are fast, agile and love to climb and jump. As with any pet, they do occasionally get sick, and their illnesses are often severe. All pet chinchillas should be examined by a qualified veterinarian within 48 hours of purchase and at least annually thereafter. This "new pet" exam is critical to detect signs of disease and help new pet owners get off on the right foot. So many problems are caused by misinformation; the first veterinary visit can help prevent well-intentioned owners from doing the wrong thing and ultimately contributing to the pet's early death.

Chinchillas are usually purchased at pet shops or through breeders; they are often also for sale at exotic pet shows. As with any pet purchase, avoid chinchillas that appear too quiet or ill. Chinchillas should be bright and alert, and move quickly when startled. Avoid pets with closed eyes or discharge from the eyes or nose. Check the ears for redness or excess wax, which might indicate an infection. If possible, examine the teeth and make sure the incisors (front teeth) are not overgrown. The pet should feel neither fat nor thin; you should be able to feel the ribs with just a small amount of fat over them. Check the anal area for diarrhea or moistness, which might indicate a gastrointestinal infection. 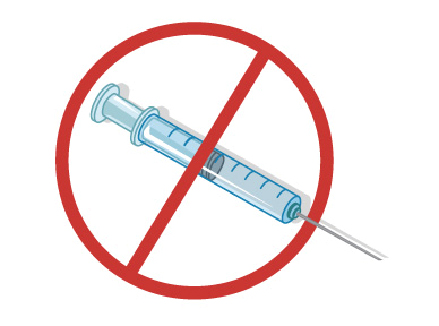 Your chinchilla should come with a health guarantee that requires a checkup by a veterinarian within a few days (usually 48 hours) after purchase. All pets including chinchillas need regular examinations. Select a veterinarian knowledgeable about chinchillas.

"Your chinchilla should come with a health guarantee that requires a checkup by a veterinarian within a few days (usually 48 hours) after purchase."

The first visit will include determining the animal's weight, as well as a thorough physical examination checking for any abnormalities. The animal is examined for signs of dehydration and malnutrition. A fecal test is done to check for internal parasites. Your veterinarian may suggest blood tests as part of a thorough examination. The veterinarian can also determine the sex of your pet. Like all pets, pet chinchillas should be examined at least annually and should have their feces tested for intestinal parasites during the annual visit.

Pet chinchillas do not require vaccinations.

© Copyright 2017 Lifelearn Inc. Used and/or modified with permission under license.

Have a Question? Need to book an appointment?

Connect with us and one of our team members will be happy to assist you.